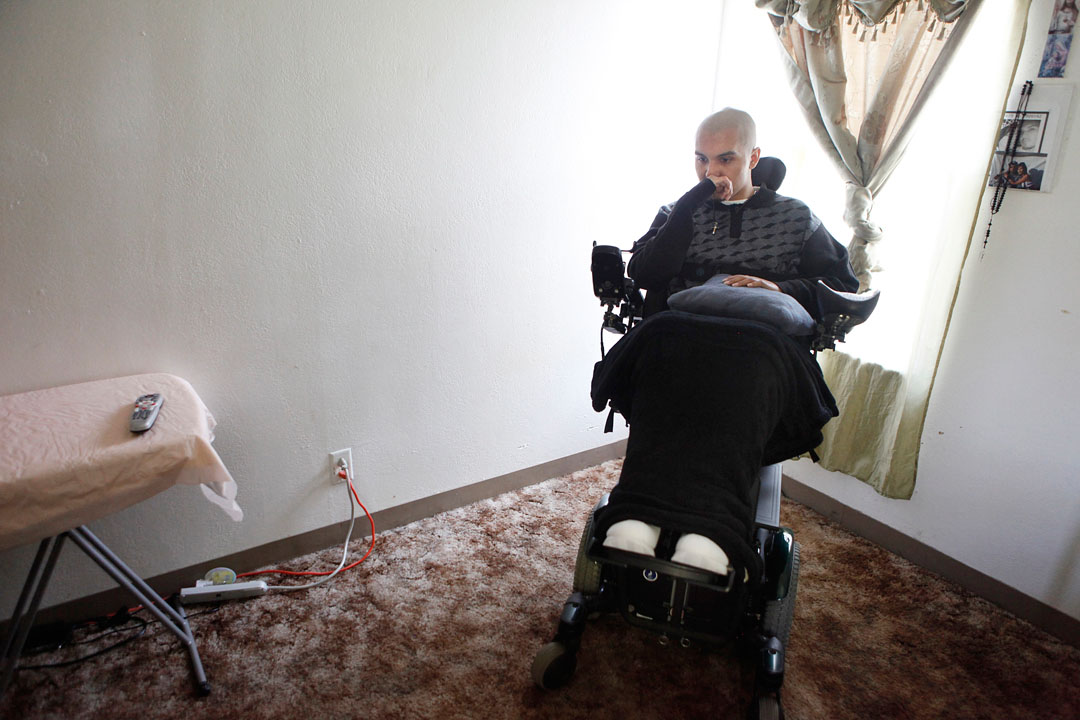 
Joel Aguilar reflects about the night he was shot in a gang related shooting April 14, 2011 at his home in Salinas. Aguilar is paralyzed from the waist down with limited mobility in his arms after he was shot five times in the neck and head. The injury has been hard on Aguilar's parents, who both left their jobs to care for their son. His mother wakes up every four hours at night to change his position in the bed so he doesn't develop bed sores. "I don't think she's had a full nights sleep since this happened to me," said Aguilar.