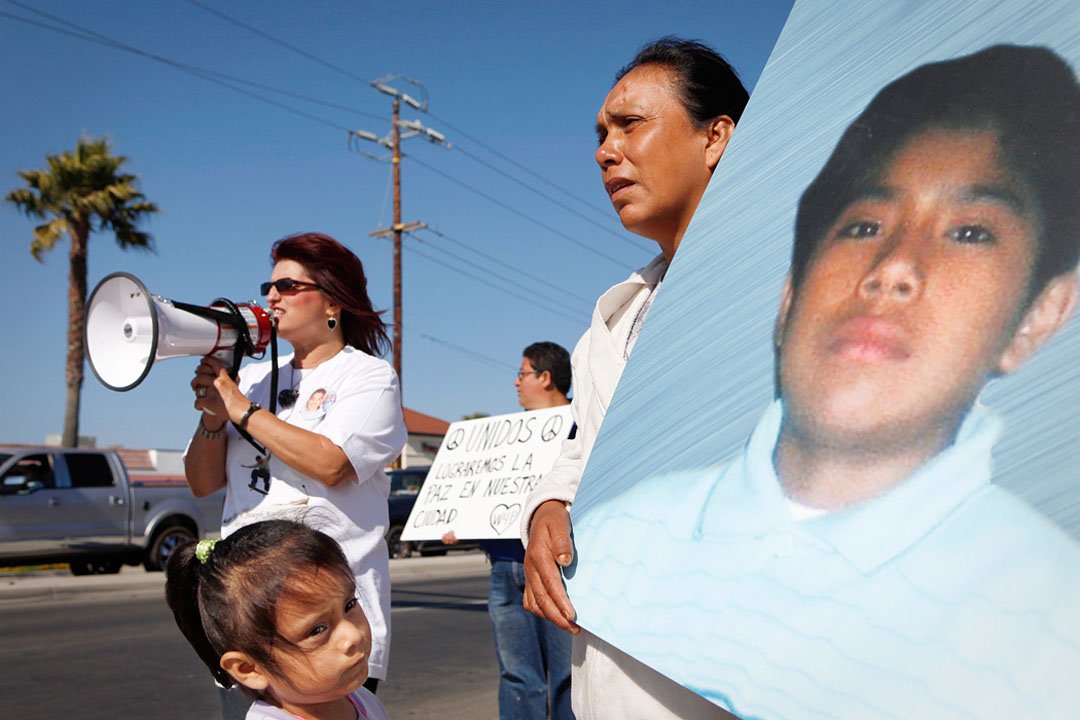 
Flora Cristobal holds a picture of her 15-year-old son Rodolfo Cristobal while her daughter looks at a picture of her late brother during a peace rally August 1, 2010 in Salinas. Rodolfo was shot and killed in a gang related shooting last October 14, 2009 on Archer Street in Salinas