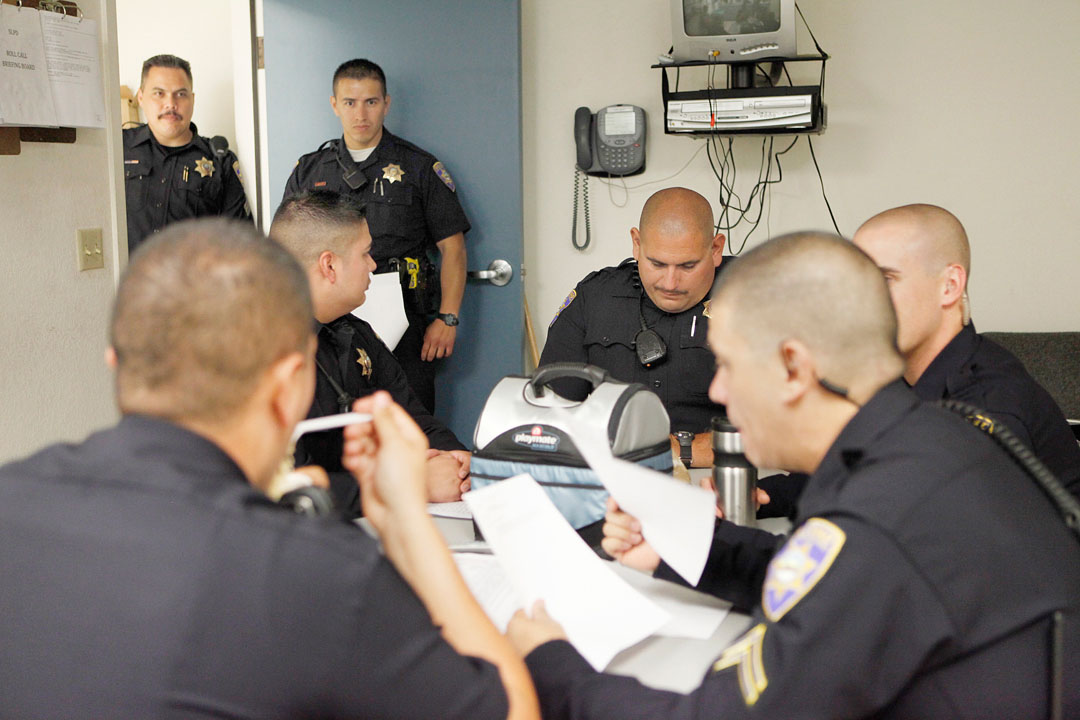 
The Soledad police department listen in to their evening briefing before going out to patrol the streets September 18, 2010 in Soledad. The small police force makes combatting gangs difficult, so the the four cities of Soledad, Gonzales, Greenfield and King City have implemented the Four Cities For Peace initiative that brings officers from each city together for joint suppression operations.