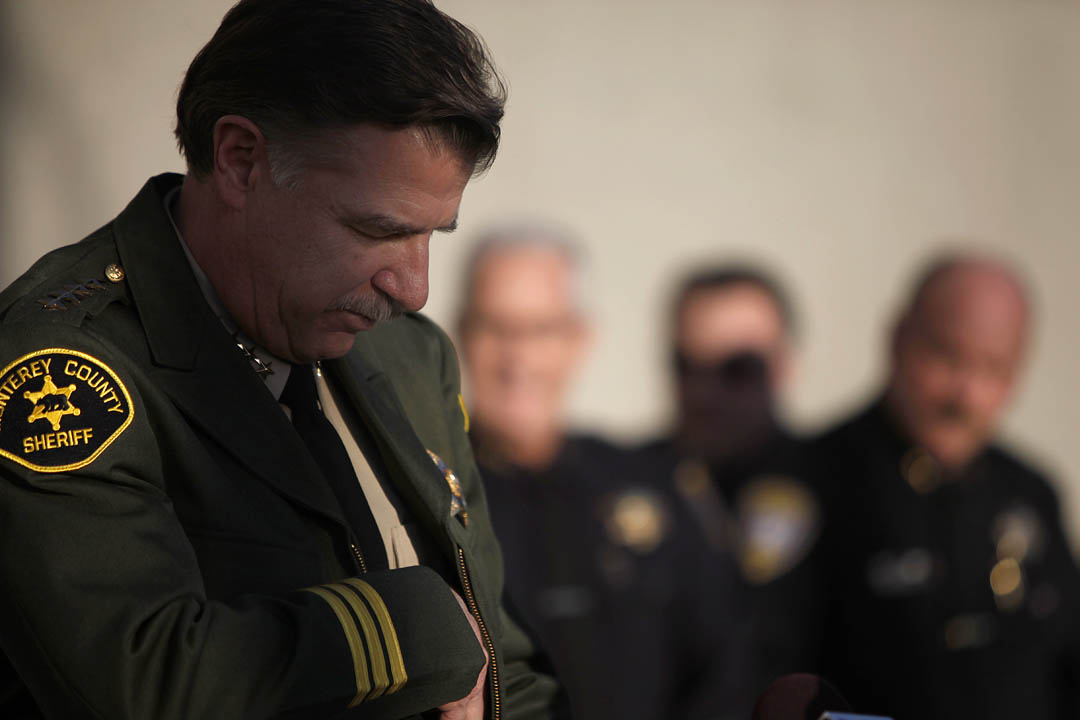 
Sheriff Scott Miller begins a press conference January 12, 2011 in Salinas addressing the Monterey County Sheriff's handling of a raid on a home in Greenfield that left 31-year-old Rogelio Serrato dead after the operation. Although the coroner had not yet confirmed the cause of death, Sheriff Miller said they believe Serrato died due to smoke inhalation from a fire that started from a flash grenade thrown into the home by a Sheriff's SWAT team.