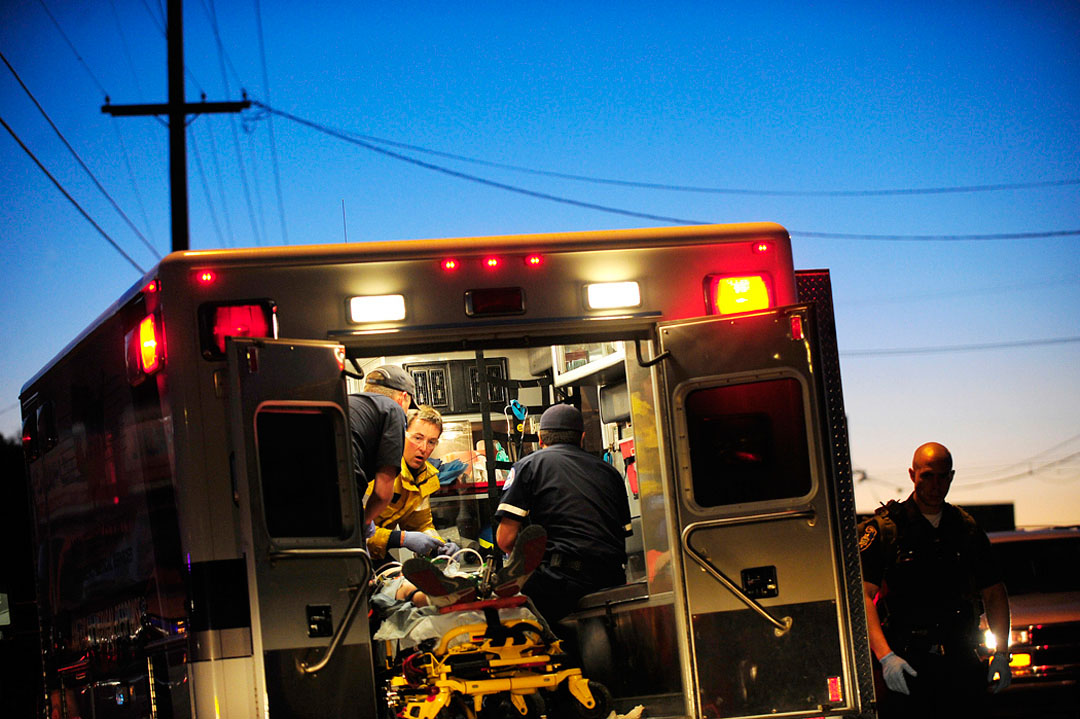 
EMTs try to save the life of 17-year-old Frank Sanchez after he was shot in the head July 28 along Capitol Street in Salinas. According to the Monterey County District Attorney's Office, four men were ordered to stand trial for the murder and accused of committing the crime for the benefit of a criminal street gang. Monterey County's youth murder rate is the highest in California.