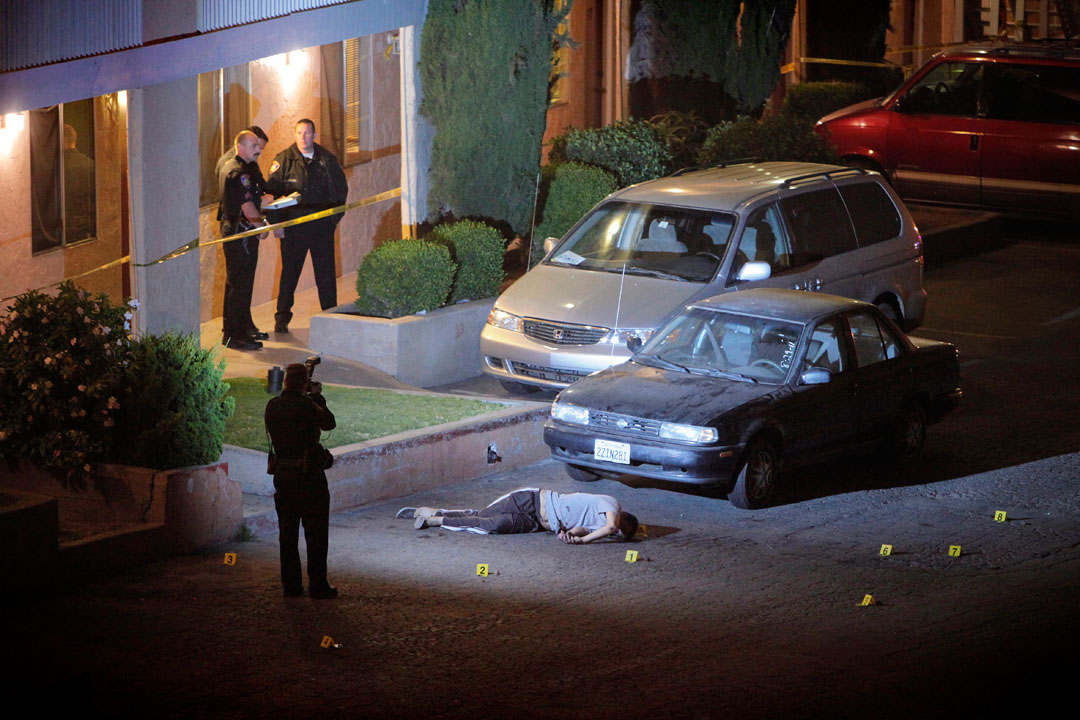 
Salinas police officers and investigators mark evidence around the body of Francisco Hereida, 20, who was shot and killed in the parking lot of an apartment complex Auguest 30, 2011 along the 500 block of John Street night in Salinas. Hereida is the cities ninth homicide of the year and was one of four gang related shooting victims in the last five days in Monterey County.