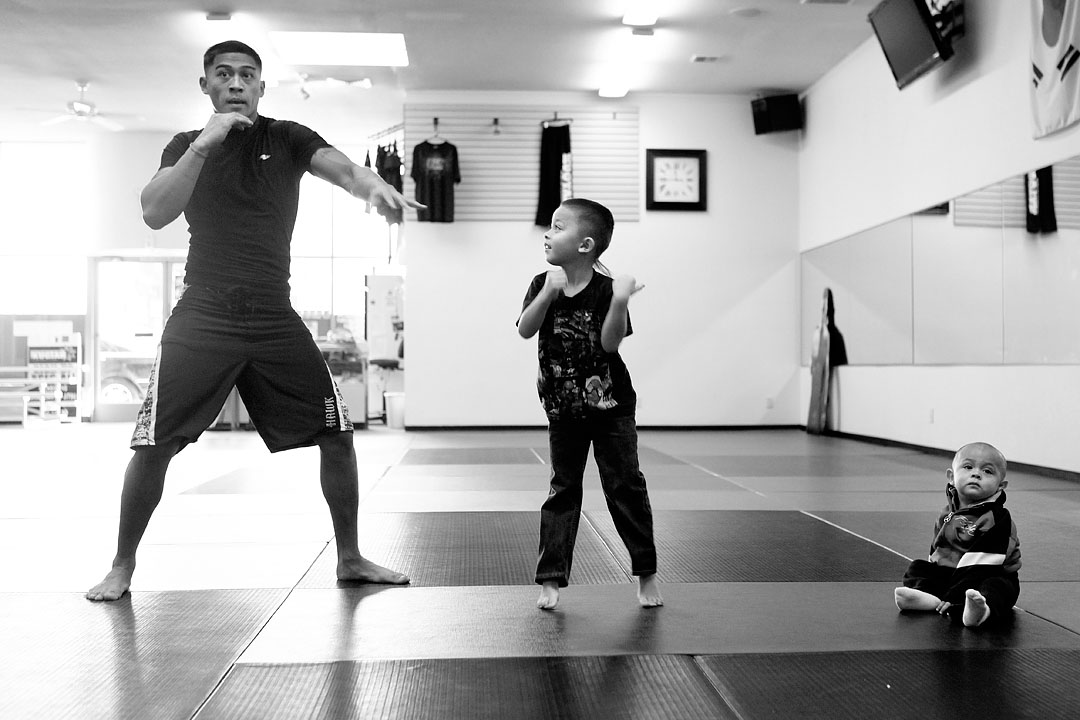 Andre Olivas, 4, center, mimics his father Adrian Olivas' shadowing boxing during a training sessaion at the Kugtar MMA Academy in Salinas. Owner of the Kugtar MMA Academy, Vince Vanderlipe, better known as “Master V," has operated several MMA gyms in Salinas for the past 15 years, but the options for his young fighters were limited without sanctioned fights. Those who wanted to start competing would either have to leave the state or participate in illegal fights.