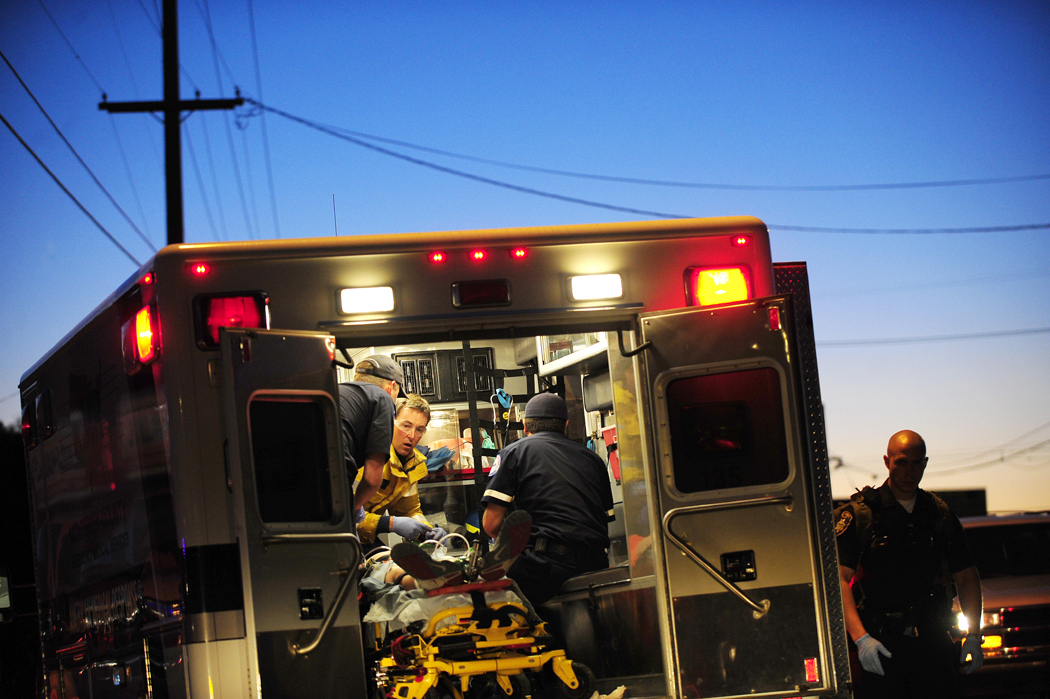 
EMTs try to save the life of a 17-year-old Frank Sanchez was fatally shot to the head Wednesday night along Capitol Street in Salinas. Sanchez’s death was the first incident in a spike of recent violence in Salinas, including five shooting and three other murders this week.