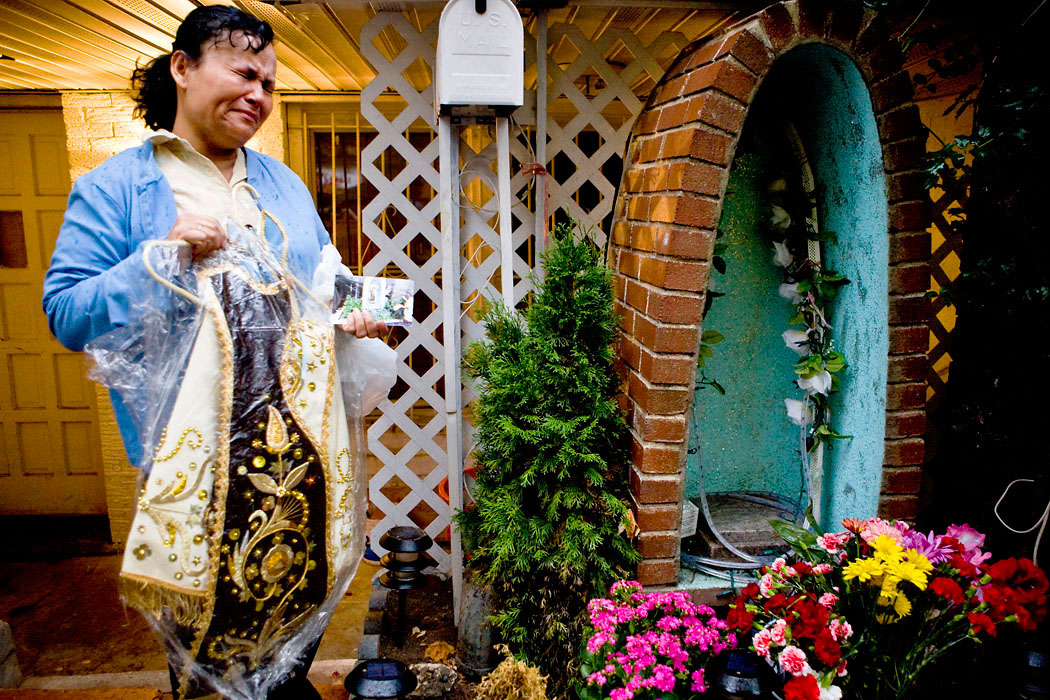 
Overcome with emotion, Gladys Rodriguez’s begins to cry while describing her statue of the Virgin Mary that was stolen from its alter outside her Union City home. Members of Rodriguez’s community often used her alter as a place to pray and leave flowers and candles to the Virgin Mary, standing as a symbol of hope for some. The statue came as a gift from her son, who used the figure as an inspirational symbol to help battle his addiction to drugs.