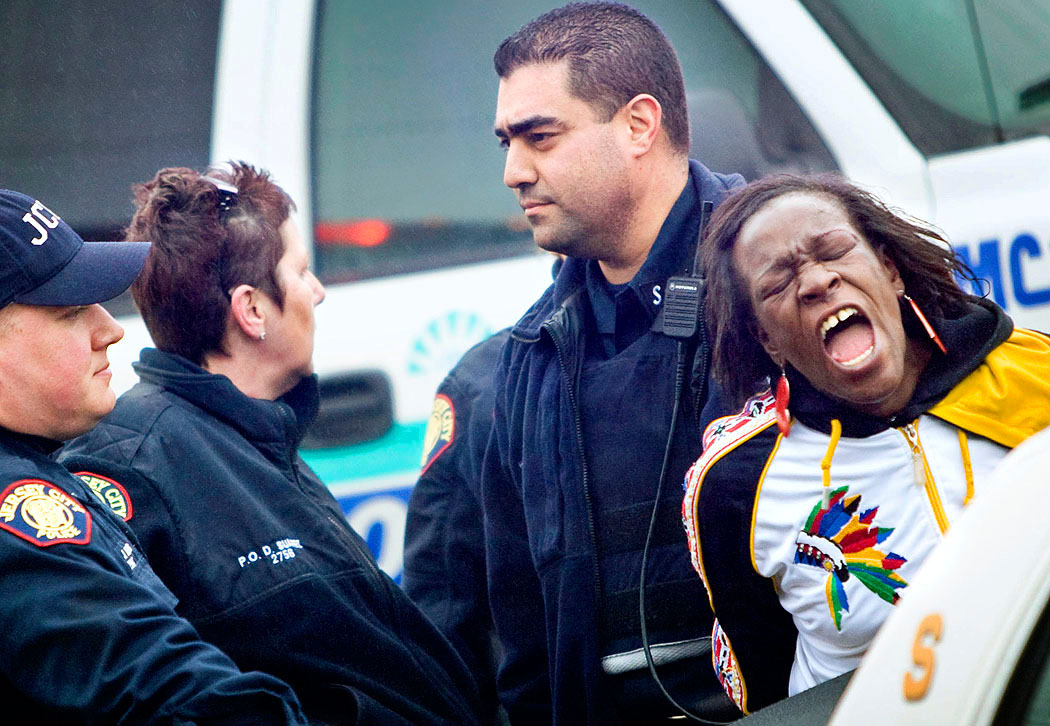 
Jersey City police officers detain a distressed Irene Williams outside the scene of a shooting where three teenagers were shot at Triangle Park in Jersey City. Williams would not calm down and was trying to walk onto an active crime scene because she was afraid her niece was one of the victims. Police on the scene sent Williams to Jersey City Medical Center where she was later released.